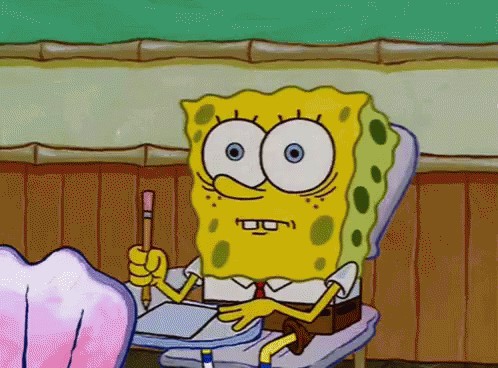 Simulation Tests, and Why They're So Important

Increasing Your Speed In The Quantitative Section

How To Approach the Reading Comprehension Section

The Benefits of Passing Up On Your Calculator On the SAT

Your Weaknesses Are Your Biggest Strength

Linking Words: understanding the relationship between parts of a sentence

Your Time Is Important: Study Smart for Your Test

Today we'll discuss a question type very common on the Reading Comprehension section of the SAT, GRE, and GMAT exam: "most nearly means."

You might have seen this question type crop up. It usually appears 1-2 times during each Reading Comprehension section, and is phrased in the following manner:

The word in quotes is sometimes relatively simple because this is not a vocabulary check. Rather, it's a measure of your ability to draw meaning from context.

For such an innocent-looking question, the "most nearly means" question type garners enormous confusion. There's a simple reason for this: the way the word is used in the text is usually unconnected to its classical definition. In addition, many of these words have a common colloquial use, which causes test-takers to think that this is the "standard" meaning of the word. Students are most likely to choose the definition of the word as they know it, not as it's used in the text. And the common - but here, wrong - definition will almost always be an answer choice.

For this reason, you DON'T NEED TO KNOW WHAT THE WORD MEANS. If you come across a "most nearly means" question, and you're unfamiliar with the word they're asking about, there's no reason to be intimidated. In fact, knowing the word can be a disadvantage, because it gives you a bias in the wrong direction.

Forget the classical definition of the word with which you’re familiar; instead, imagine that there's a blank space where the word should be. If you’re taking a paper test, it might help to actually cross the word out with your pen. Now read the sentence again. What meaning would make the most sense in this context?

Very often, a word will flash to mind. With "most nearly means" questions, you should follow your gut instinct. If a word makes sense to you - even if you don't think it matches the one supplied in the text - choose it as your answer.

Otherwise, it will be harder for you to tune into your intuition and you'll get easily confused. I'll elaborate on this topic in future articles.

Keeping this methodology in mind, let's look at a few examples.

Grand buildings of the century featured imposing columns and grandiose steps, anticipating one of the grandest features of later Greek architecture. Question: As used in line --, “anticipating” most nearly means:

Many of you might be familiar with the word "anticipate," usually used to indicate (1), expectation. Colloquially, it often signifies excitement, or the feeling of (3), looking forward to.

But neither of these options is how the word is used here.

Now let's use the method we learned earlier. Imagine a blank space where the word "anticipate" should be. Try to read the sentence as is, without inserting the definition you know.

"Grand buildings of the century featured imposing columns and grandiose steps, ______ one of the grandest features of later Greek architecture. "

The sentence describes architectural characteristics at a certain time period. It then refers to later architecture.

The keyword here is "later," and it's the key to finding the answer to this question. (Identifying keywords in the Reading Comprehension section is important. I'll elaborate on this topic in a later article.)

Since there is nothing here indicating contradiction /negation, the logical conclusion is that the contemporary state of the literature indicated, predicted, or foreshadowed what would occur in later architecture. The correct answer is (2), foreshadowing.

Text: (taken from Jane Austen's "Mansfield Park.") Betsey her darling, and John, Richard, Sam, Tom, and Charles occupied all the rest of her maternal solicitude, alternately her worries and her comforts. These shared her heart; her time was given chiefly to her house and her servants. Her days were spent in a kind of slow bustle. Question:

As used in line 1, the word “occupied” most nearly means:

As an aside, notice that (1), “resided,”, and (2), “dwelled” mean nearly the exact same thing. This is a thick hint that these two words couldn’t possibly be the answer, since there is only one answer and they can’t both be chosen. This is another powerful tool that will be discussed later in another article.

Using our method, insert a blank space where "occupied" should be:

"Betsey her darling, and John, Richard, Sam, Tom, and Charles _______ all the rest of her maternal solicitude."

That is, Betsey and the other children took up, engrossed, or engaged their mother's attention. (Solicitude means care or concern for someone.) The correct answer is (4), engaged.

Text: The tiger population has declined by about 30% in the last few years, primarily due to a decrease in deer numbers, their main source of food in this area. Tiger hunts have harvested nineteen tigers in the last six months.

Most of us are familiar with the word “harvest” in the sense of collecting or gathering, which might indicate that (4) is the correct answer. Alternatively, “harvest” is often used in the context of organ harvesting.

But there’s another definition for the word, one which is slightly lesser-known. “Harvest” is defined as the capture or killing of animals. And this is the sense in which the word is used in this context. That is, (3) is the correct answer.

Let's look at the text again, blurring the place where the word should be:

The tiger population has declined by about 30% in the last few years, primarily due to a decrease in deer numbers, their main source of food in this area. Tiger hunts have ______ nineteen tigers in the last six months.

The reason is that your brain is subconsciously picking up on contextual hints, even if you can't consciously identify what they are. An unintuitive word like "harvested" is deliberately inserted into that slot in order to confuse you and make you lose sight of what you would instinctively know.

In the context of the sentence above, there are two indicators that the appropriate word here should be (3), “killed.” One is the main indicator, and the other is a secondary indicator. The salient indicator is the word “hunts”:

Tigers are being hunted; that is, killed.

The second, more subtle, indicator, is in the previous line:

“The tiger population has declined...in the last few years.”

Though the text then goes on to cite that this is mainly because of the depletion of the tigers’ food source, this line introduces the theme of the elimination of the tiger population - which goes hand in hand with the later idea of tiger hunts.